Wives and girlfriends of the Ottawa Senator stopped by the Lion’s Den  Room at Children’s Hospital of Eastern Ontario in February to help the patients get into the spirit for Valentine’s Day. Everyone had a great time! 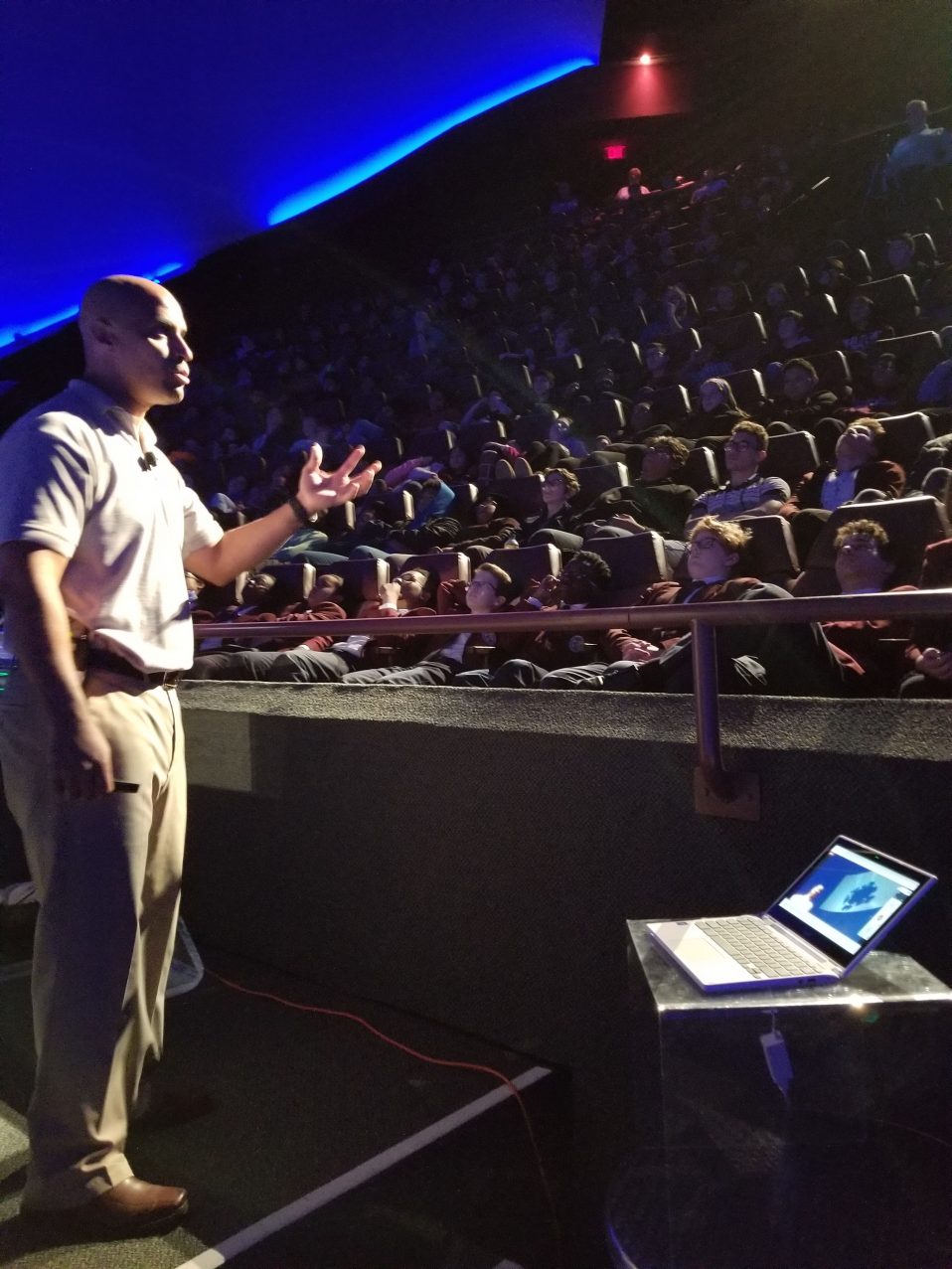 Kobie Boykins – a NASA Senior Mechanical Engineer from the Jet Propulsion Laboratory in Pasadena – delivered presentations on the Mars Rover Program today to more than 600 school-aged children at The Cradle of Aviation Museum. The presentation was transmitted via Google Hangout by Companions in Courage Foundation to their Lion’s Den Rooms located in children’s hospitals across North America.

Boykins is considered a “rock star,” having been awarded a NASA Exceptional Achievement Medal in 2013.  He designed the solar array systems for the Mars exploration rovers Spirit and Opportunity, and designed the actuators on the Mars rover Curiosity.

e planetarium, as well as the pediatric patients online, in rapt attention as he discussed the preparation that went in to sending each Rover to the Martian surface and the nuances of each mission. His enthusiasm was palpable as he talked about the incredibly valuable information that has already been gleaned from these missions.

The engineer explained that when Spirit and Opportunity were launched in 2003, there life expectancy was a mere 90 Martian days. Spirit roamed the red planet for 7 years, while Opportunity has traveled almost 30 miles on the Martian surface and is still functioning today.

Curiosity was launched in 2011, and Boykins shared a story with the children. He said, “If you were alive in November 2011, your name was included on a microchip that is traveling around on Mars with Curiosity!” He explained that the names of everyone on earth was included as a way of demonstrating how all-inclusive this mission is.

He shared a neat story about how the engineers originally wanted to have the initials, “JPL” (Jet Propulsion Laboratory) embedded into the wheel treads of Curiosity. He explained that idea was shot down by senior managers. So, the team came up with the ingenious idea of including “JPL” in Morse code on each tread.

Boykins explained that the team at JPL expects to launch the next Rover in 2020. Among many other features, it will include a device named, “MOXIE”. The object of the device is to take samples of the Martian atmosphere and convert it to 96{dbba103197f763f3625c83787b2ffe6b05a03ab690785f26a5579b932964cfa8} pure oxygen. Obviously, that will be an important development to determine if man could ever travel to the Martian surface.

The engineer explained that the technology exists to send a manned mission to Mars. But there are certain limitations, such as creating a rocket that could deliver a large enough payload to bring humans to the Martian surface. Coincidentally, later that day, the SpaceX organization launched their Falcon Heavy rocket on a trajectory toward Mars. Boykins predicted that could be big enough to get a payload that included humans to Mars safely. In fact, he added, “the astronauts who may one day visit Mars may currently be in the 2nd or 3rd grade!”

Support material for the program was created by The Cradle of Aviation Educational Director, Catherine Gonzalez. She was thrilled that her lesson plan could be shared with teachers located at some of the hospitals in the Lion’s Den network. She explained, “The Cradle has been designated by NASA as part of their “Apollo at 50” program. We expect to have quarterly presentations like this one to celebrate the space program and inspire young people to advance their studies in Science, Technology, Engineering and Mechanics. Our hope is to be able to bring as many of these programs as possible to Lion’s Den Rooms on the Companions in Courage Network.”

Your ticket for the: Love in CHEO!