Condolences to Cheryl Gries Brown and her family on the passing of their beloved matriarch,  Florence “Flo” Gries surrounded by her loving family on October 19th. May the smiles and warm memories they shared together be some comfort during this difficult time.

Donations may be made in lieu Flowers: https://donate.cic16.org/campaign/companions-in-courage/c293174

HUNTINGTON, NY, September 29, 2022  –  After a year that saw the loss of almost a dozen friends and family, more than 130 golfers convened at Huntington Country Club today to celebrate their lives at the 19th Annual Companions in Courage Foundation Golf Classic.

It had been exactly one year since Clark Gillies had lit up the foundation’s post-golf dinner with his unique blend of jokes and storytelling. Following his teammate’s passing, LaFontaine singled out Gillies for special recognition this year.  Noting Clark’s commitment to helping pediatric patients, the assembled group helped raise money and awareness for the organization that now serves almost 60,000 pediatric patients per year. 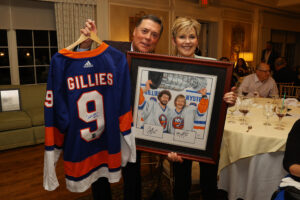 A record number of golfers teed it up on a perfect fall day. Michigan artist Paul Madden created a one-of-a-kind a commemorative original drawing featuring Gillies and friend Bob Nystrom hoisting the Stanley Cup. The piece would be auctioned at a spirited post-event dinner.

The day was filled with poignant moments, including traditional tributes (at Amen Corner and at the post-event dinner) to CiC Foundation supporters who have passed in the last year. Remembered with love were Gillies, Mike Bossy, Jean Potvin, Rod Gilbert, Guy Lafleur, and friends of the foundation that included Rusty McCormick, Terry Sheerin, Tony Trombino, Danny Brown, and of course, John LaFontaine – who had passed away just one week earlier.

The highlight of the dinner was when Pam Gillies joined LaFontaine in recognizing Bob Nystrom with the inaugural Clark Gillies Pioneer Award. There were not many dry eyes in the as “Mr. Islander,” reflected on just what Gillies’ friendship meant to him in his career and life. 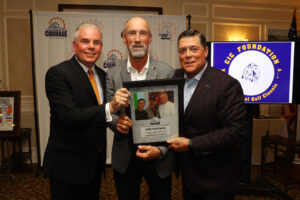 Lu Borges, a Child Life Specialist from Kravis Children’s Hospital at Mount Sinai in New York shared a few stories about how his staff managed to care for patients throughout the pandemic. He said, “I don’t know how we would have gotten through the last two years without resources provided by those in this room.” He touted how the hospital’s Lion’s Den Room served as a safe haven for patients, staff and parental consultations. He noted that Pet Therapy, Music Therapy, Arts and Crafts and all schoolwork administered from outside staff had to be curtailed during COVID restrictions. The Chromebooks the Companions in Courage foundation provided, and the content of our Mane Event podcasts saved their day. Borges also emphasized that that resource was replicated in hospitals throughout North America that the foundation supports.

Brad Gruber, from the Accolade Maintenance foursome, won the Long Drive contest with a bomb on Hole #7, while Adam Frimmer (13”!) won the Closest-to-the-Pin contest on Hole #3. Will “The Thrill” Isenberg escaped Hurricane Ian in Florida and won the “Nearest-to-the-Net” contest on #18. 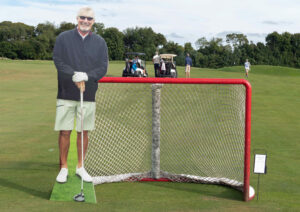 The foursome from J.C. Steel – that included Kris Amplo, Leo Giaquinto and Joe Macina took the low gross team honors with a score of 57. They bested the runner-up team of LaFontaine, Nystrom, Westfall and Webb. LaFontaine reported that Nystrom had about a 10-footer for birdie on the 18th hole. He asked, “What’s our team score?” When told they were 9-under – Nystrom noted the significance of the score matching Clark Gillies’ uniform number – and proceeded to purposely miss the putt by 2 feet. He said, “And 9-under we shall stay!”

Many golfers took advantage of the “Air Cannon” on Hole #15, sponsored by Scott Paternoster. The cannon would launch a tee shot about 350 yards on the par 5 hole and give every team a shot at eagle. Several golfers commented that the cannon should be an option on EVERY hole!

Condolences to Pat LaFontaine and his family on the passing of his dear dad, John D. on September 20. Mr. LaFontaine was a giant in life and in industry. He was regarded as Lee Iacocca’s right hand man at Chrysler, and rumor has it that he was a pretty good hockey coach. He was a throwback to a time and place that made this country great. He will be missed by all of us who had the pleasure of being in his company. A man of great faith, he will finally get to join his beloved Giselle (Jay) in eternity.

His pulse runs through the Companions in Courage Foundation every day. He loved his family more than anything, so perhaps it’s fitting that his legacy might include connecting pediatric patients with their families. 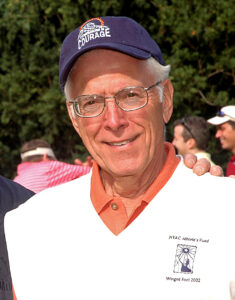 John was born in Tecumseh, Ontario, on May 29, 1938 to Joseph “Bud” and Irene LaFontaine. He was the second of seven boys, the late Richard (Connie), Fred (Patricia), Paul (the late Jeanne), Gordon (Ilene), Mike (the late Maureen) and Dan (Mary Jane). The family eventually moved to Berkely, Michigan. John graduated from Shrine Catholic High School in 1956. He married the love of his life, Gisele “Jay” LaPierre, on February 16, 1963. John enjoyed a 33 year career at Chrysler, which included a ten year stint in St. Louis, Missouri, and then back to Detroit. He eventually became plant manager and over saw many Chrysler facilities, including Windsor, Ontario.

After retiring, John and Jay moved to Nashville, Tennessee, where he worked an additional two years for Nissan’s manufacturing plant in Murfreesboro, Tennessee. Jay passed away from heart disease on July 18, 2004. John continued to travel and visit his three children and their families. Mr. LaFontaine served in the National Guard and was a long-time member of St. Perpetua Catholic Church. The Funeral Mass will be held on Tuesday, September 27, 2022 at 11:00 a.m. at St. Perpetua Catholic Church, 134 Airport Road, Waterford. The family will receive friends on Monday from 4 to 8 p.m. at the Riverside Chapel, Simpson-Modetz Funeral Home, 5630 Pontiac Lake Road, Waterford, and at the church on Tuesday 10:30 a.m. until time of Mass. Rite of Committal All Saints Cemetery. Memorials may be made to Companions in Courage www.CiC16.org or to the Alzheimer’s Association.

Condolences to Kevin Sheerin and his family on the passing of his beloved wife Terry on July 31. May the smiles and warm memories they shared together be some comfort during this difficult time. 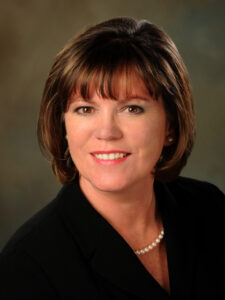 In lieu of flowers, memorial donations made to: Companions in Courage Foundation www.cic16.org in Terry’s name would be greatly appreciated by the family.