In 2014, 18-year-old Jackson Krase and his dad, Scott, led a team of 15 to the summit of Africa’s 19,000-foot Mount Kilimanjaro in a fundraising effort for Maria Fareri Children’s Hospital. In doing so, the group raised more than $55,000.  As per Jackson’s request, the monies were used to refurbish the original Lion’s Den, opened at the hospital in 2004.

On May 21st, Pat LaFontaine was joined by Brenda Fareri, Dr. Michael Gewitz, Physician-in-Chief at MFCH and Michael Israel of Westchester Medical Center. Here is how Fios-1 covered the story http://www.fios1news.com/lowerhudsonvalley/node/75566#.VWR8tIdOXct.

The original Lion’s Den at  MFCH was funded through the generosity of Billie and George Ross back in 2004. Technology has taken quantum steps in the last decade, and ten years of bumps with IV poles and wheelchairs had taken its toll on the room. The Krase Family donation allowed for the upgrade of all the technology and the inclusion of Corian countertops, tables and a new set of chairs for the room.

Dave Kim of Google also arranged to have a Chromebox donated to the room and he demonstrated how easy it now is to deliver live streaming and video chats in Google Hangouts. Pat LaFontaine’s Companions in Courage Foundation now has 18 Lion’s Den Rooms located in children’s hospitals throughout North America.

Previous Post Pinot Line is Toast of the Town 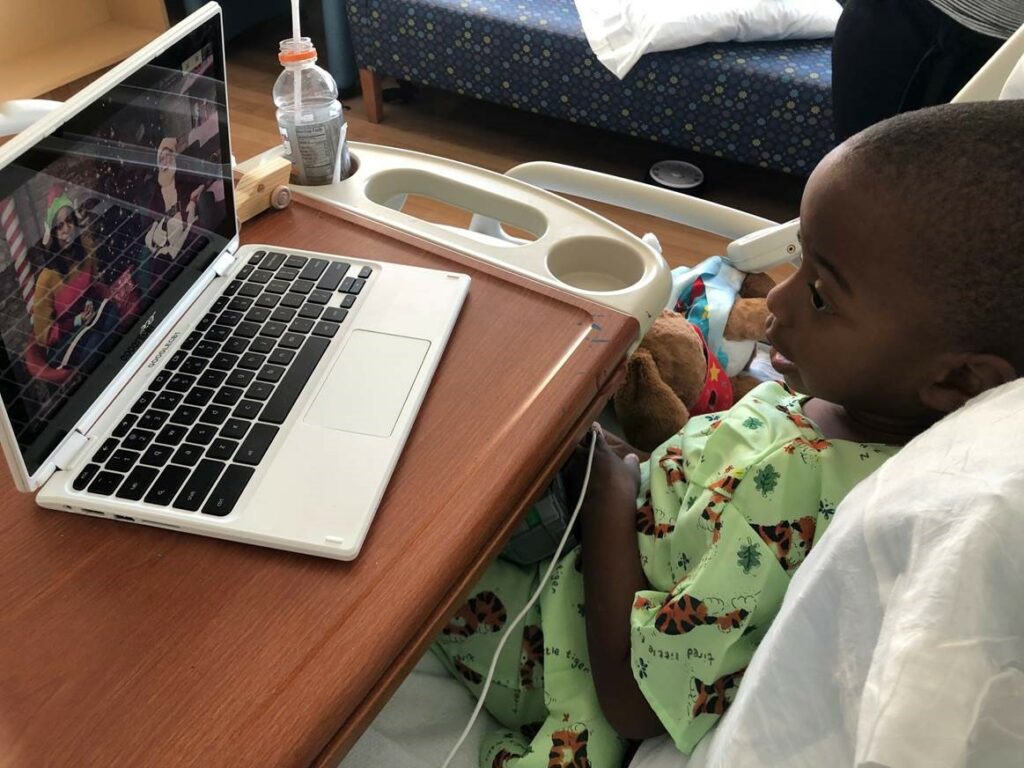